Posted by FitzGibbons Agency on August 29, 2014 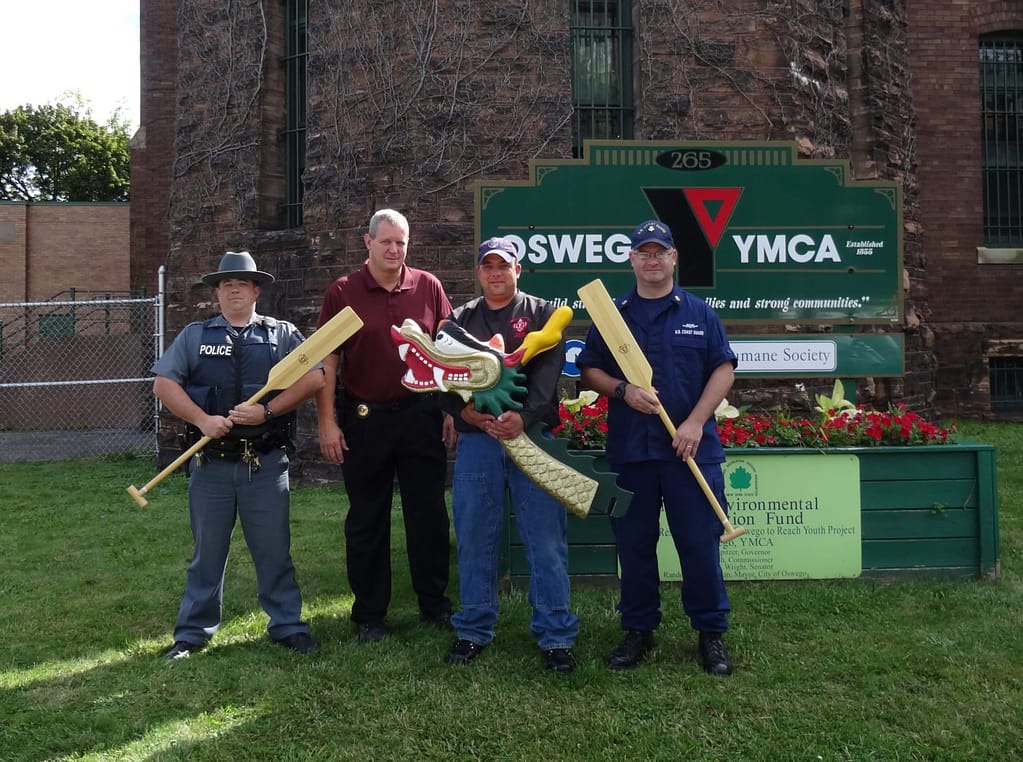 The Oswego YMCA’s Oswego Dragon Festival Committee announced that they are adding a new component to the 2014 festival- The Heroes Challenge.

The Heroes Challenge takes place during team practices for the Oswego Dragon Festival. Practice for teams begin at 4pm.

During this event, the Oswego Dragon Festival is hosting a Chicken BBQ to support the Oswego YMCA’s Strong Kids Campaign. Tickets can be purchased before the event for $8.00 at the Oswego YMCA, FitzGibbons Real Estate and Insurance, C’s Farm and Beverage Center, and Gibby’s. Tickets will be $10.00 the day of the event.

Chicken BBQ for the event is being put on by Gibby O’Connor. A beer garden, sponsored by Greene’s Ale House with Celebrity Bartenders will also be in the park. All proceeds from both will be donated to the Strong Kids Campaign.

Live music will be provided from 5pm to 8pm by local band, The Love Volcanoes.

This event is open to the public and all are welcome to come enjoy the Heroes Challenge race, practices, and music. The event lasts from 5pm to 8pm at Breitbeck Park in the City of Oswego.