Skip to the content
Home > Ask Fitz! Insurance Blog > What Parents Should Know to Keep Their Teen Drivers Safe 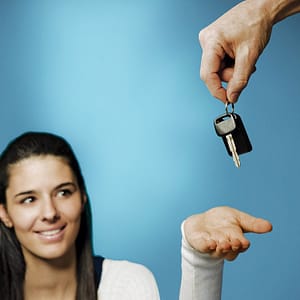 Summer is the most common season for fatal car accidents involving teens. Although statistics are not stacked in the favor of younger drivers, they do show that teens whose parents set rules for them are 50 percent less likely to be involved in fatal car crashes. Experts suggest that parents create a written contract with several rules to have their teens read and sign that will show they are serious about safety. Rules such as keeping stereo volume low, wearing a seat belt and turning a cell phone off before starting the car are all good to include. When parents set rules for their teens, they not only make the road safer for their kids but also for other motorists and pedestrians.

Setting Rules
Distracted driving, inexperience, drug use, alcohol use and speeding are all contributors to crashes involving teens. Parents should discuss their expectations for their teens before they get behind the wheel. The following are some examples of rules parents can set:

– Car accident likelihood lowers with fewer passengers, so parents should limit the amount of friends teens can take along with them while driving.

– Teens should turn off their cell phones before driving. Texting or talking on the phone doubles the risk of an accident.

– Parents should tell their teens to inform them if friends are driving recklessly. Statistics show that less than 50 percent of teens will speak up if a friend’s driving scares them.

The last point is especially important. While parents can monitor and have some authority over their own teens’ driving habits, they cannot do the same with their children’s friends. Parents should tell teens that friends who respect them will drive safely. It is also helpful to remind teens about the dangers of being a passenger in a crash and how lifelong disabilities often occur as a result.

Keeping Auto Insurance Costs Down
Having a safe teen driver will certainly provide more peace of mind for parents, and younger drivers who practice road safety also enjoy lower car insurance rates. To provide incentive to keep rates low, parents can ask teens to pay their care insurance premiums or for part of their premiums. In addition to this, there are other steps parents can take to help their teens keep their rates lower.

– Encourage teens to maintain clean records and avoid any violations for at least three years.

– If possible, enroll teens in defensive driving courses. If these courses are successfully completed, some insurers offer additional discounts.

– Encourage teens to stay focused in school and keep their grades up. For those with high GPAs, some insurance companies offer discounts.

– Several insurers offer driver awareness programs for teens, which may come with insurance discounts if they are completed.

– Consider allowing teens to drive only the oldest cars the family owns in addition to choosing a higher deductible. Types of vehicles teens drive will affect their premiums. For example, convertibles, SUVs and vehicles with more powerful engines will raise insurance rates for teens.

– Ask an agent about the accident forgiveness clause, which guarantees that premiums will not increase following a minor accident.

Accidents can still happen to teens who are very careful and well educated on the rules of the road. If an accident does happen, parents should ensure their teens know how to stay safe. They should know what steps to take, who to call and how to protect their identities while exchanging information with any other affected parties. There are smartphone apps available that provide these steps and helpful information. Some apps even help teens fill out form information, which is then sent directly to an individual email and to the insurance agent. To learn more about these apps and insurance information for teens, discuss concerns with an agent.